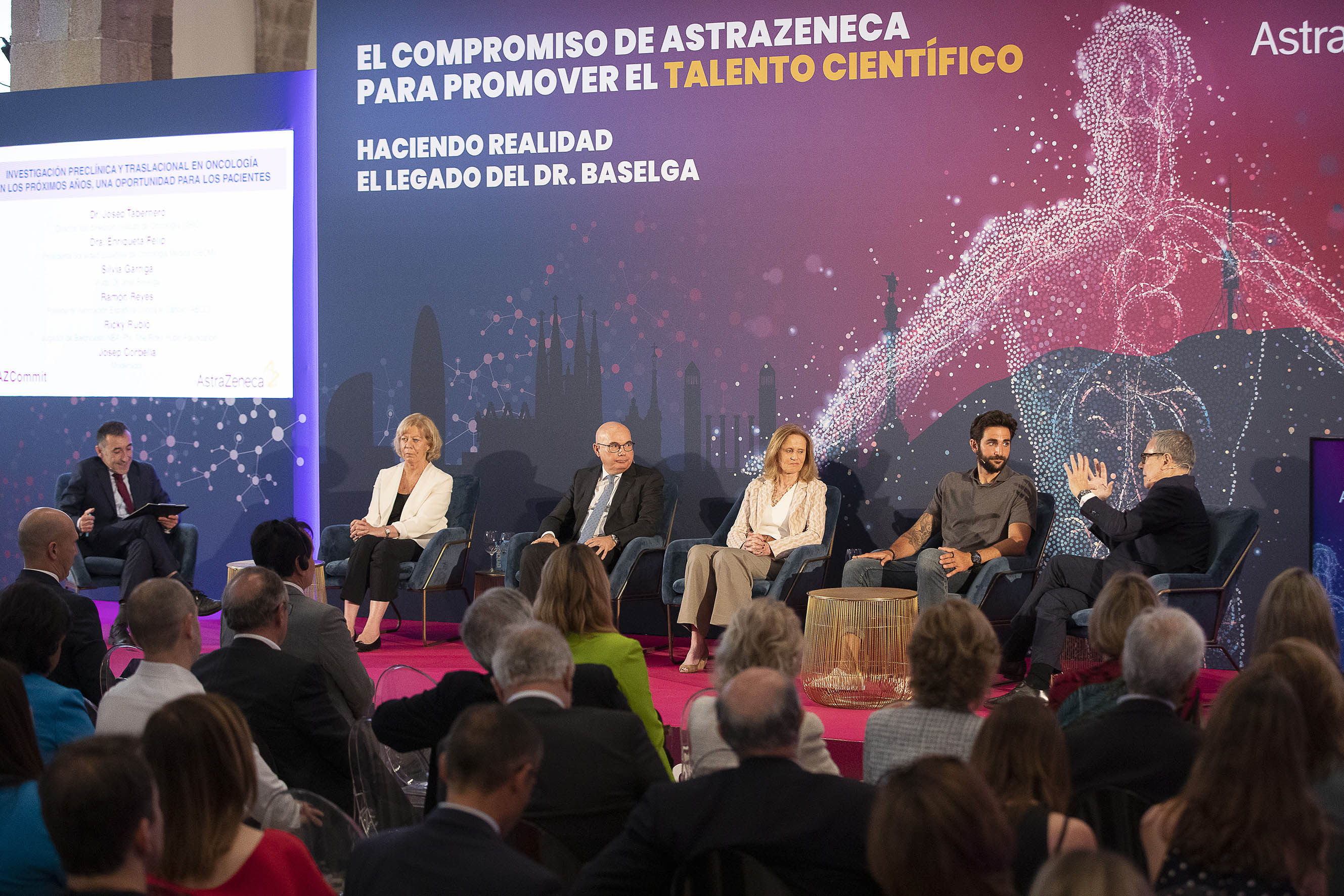 Ricky Rubio was one of the main protagonists of the social, medical and scientific meeting in honor of the legacy of Dr. José Baselga, a key researcher in the development of medical advances in cancer treatment worldwide since the 1990s, when he developed effective and creative molecular therapies.

AstraZeneca promoted this act of homage to Dr. Baselga, who died just over a year ago, which was attended by, among other personalities, the President of the Generalitat, Pere Aragonès, the Minister of Economy Nadia Calviño, the Secretary of Organization of the PSC, Salvador Illa, and the first Deputy Mayor of Barcelona, Jaume Collboni.

The Sala Gran of the Museu Marítim de Barcelona hosted an exciting debate on the personality and medical leadership of Dr. Baselga, a pioneer of enormous progress in his field who dedicated talent and great effort to intensify and support research as the only way to continue finding drugs and treatments for the most lethal and dominant disease of this century.

The guests emphasized precisely that researchers like José Baselga have established over the last few years the bases and criteria that, rightly, have served to take giant steps in the improvement of treatments and in the ease of adapting and evolving the next generation of applications such as genetics and immunology.

Ricky Rubio, as representative of The Ricky Rubio Foundation, explained that “in addition to science, we take into account the emotional support of the patient and the need for patients to become increasingly active and participative agents in medical trials. Last month the Foundation organized a congress on oncology clinical trials in which this collaborative approach was highlighted and a voice was given to the different organizations of those affected, patients and families”.

Silvia Garriga, widow of Dr. José Baselga, Dr. Josep Tabernero, MD. Director of the Vall d’Hebron Institute of Oncology (VHIO), Dr. Enriqueta Felip. President of the Spanish Society of Medical Oncology (SEOM) and medical oncologist at the VHIO (Vall d’Hebron Institute of Oncology) and Ramón Reyes. President of the Spanish Association Against Cancer (AECC) made up the panel discussion moderated by Josep Corbella, journalist of La Vanguardia and official biographer of Dr. Baselga.

Under the title “AstraZeneca’s commitment to retain scientific talent. Making Dr. Baselga’s legacy a reality”, translational research was discussed as the axis of the future path in the fight against cancer. It is a model that establishes a bridge between basic research and clinical practice, allowing laboratory discoveries to be transferred directly to patients and questions that arise during clinical practice to be answered in the laboratory. In this way, it connects the needs of doctors, researchers and patients, enabling patients to benefit more quickly from scientific advances against cancer, something that is particularly relevant in view of the growing momentum of molecular biology and precision medicine.

The blocks dealt with the current situation and advances in cancer research: promoting precision medicine, the unmet needs of patients, the opportunities of translational research and the figure of the physician-researcher linked to the importance of public-private collaboration.

The main conclusion was the importance of continuing to establish preclinical and translational research programs. Also, to retain the talent of young researchers in Spain, maintaining that Catalonia is an example of leadership in the field of oncology as demonstrated by the Vall d’Hebron Institute of Oncology, a center of international reference.