Own projects Spain
Ricky Rubio is the protagonist during the Opening of the new Sports Facilities in Masnou, the Club that saw him grow up.
#TRRFcourt
Share it 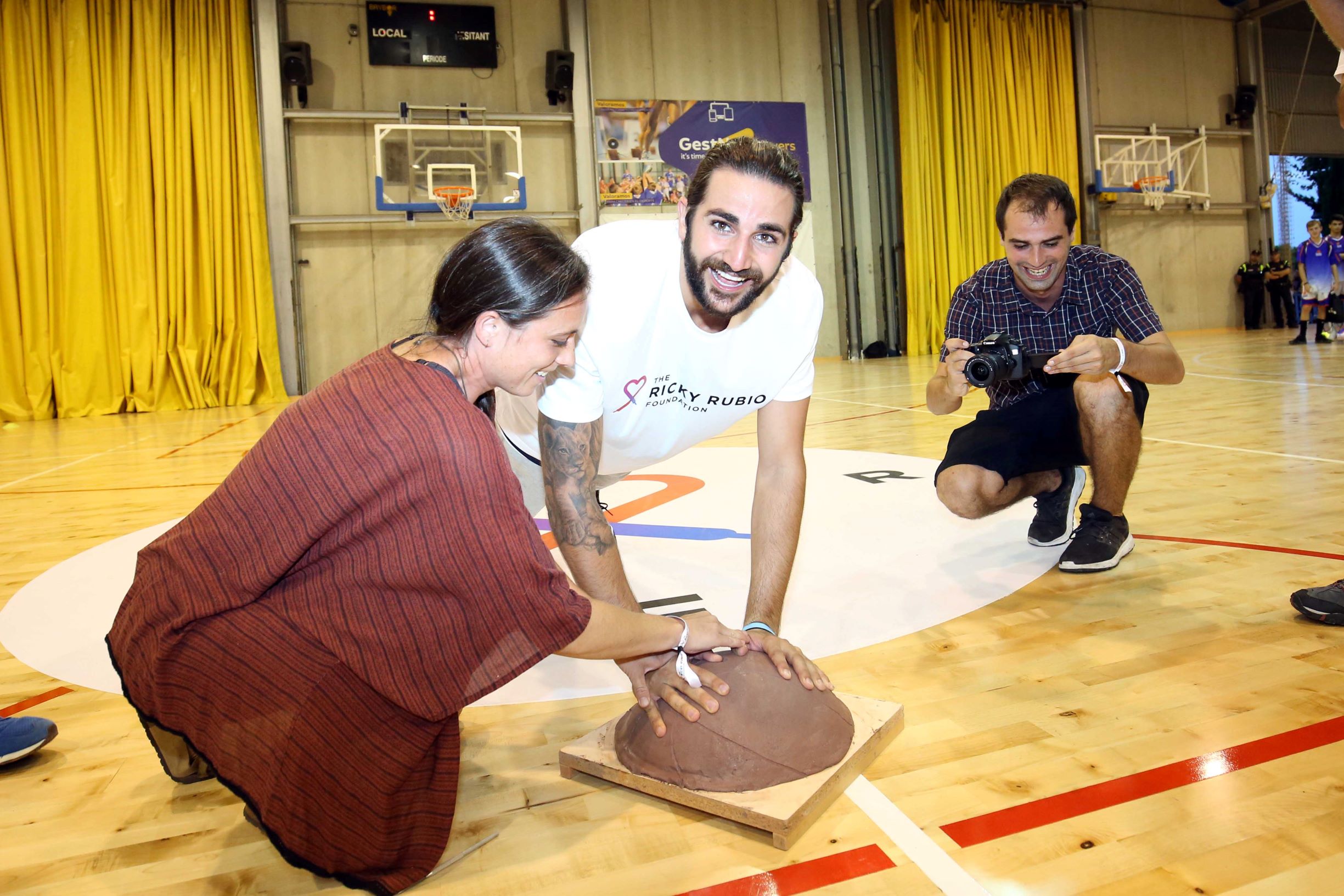 Ricky Rubio finished his holidays with the gratitude the people of his hometown Masnou because he opened the Basketball Hall in the city. The basketball club where he refurbished the hall was in the facility where he played in his first club. Ricky Rubio it was essential that the facilities were in good condition. The work was funded through his own foundation.

Masnou is where Ricky Rubio took his firsts steps towards becoming an NBA star. Before playing for NBA, he played for Juventut and Barcelona. Then he made his steps towards the NBA where he is currently playing for The Utah Jazz. In addition to his successful basketball career, Ricky Rubio is also a caring basketball player, who is always ready to give back to society by developing socials projects through his foundation.

On Monday, Ricky Rubio leaves for the United States to start what looks to be one of the best basketball seasons of his career.

Ricky Rubio’s goodbye party was amazing! The entire basketball club was full of people who wanted to see Ricky and his brother Marc play a 3×3 basketball game with the young basketball players of the club. Pictures and videos were taken to remember that day.

Pep Plaza presented the basketball event and thanks to the joy and happiness made this day an unforgettable one. Ricky Rubio spoke kind words to the club where he started playing basketball. “Thanks for all the people who trusted me on my first basketball steps without knowing that one day I could make it to the NBA. What we all want is that this club keeps being an incredible school were everyone can enjoy this sport. In my future, I will like to come back here and play for Masnou,” said Ricky Rubio.

After the presentation of all the Masnou basketball teams, his president Josep Hinojosa and the mayor of Masnou, Jaume Oliveras, thanked Ricky Rubio for his help. The president of the Catalan Basketball Federation, Toti Mombru, was also present.

Finally, Ricky Rubio left a good memory to all the people that assisted at the event by leaving a hand print in a sand clay frame that will be hang in the club.