“Basketball is for everyone” 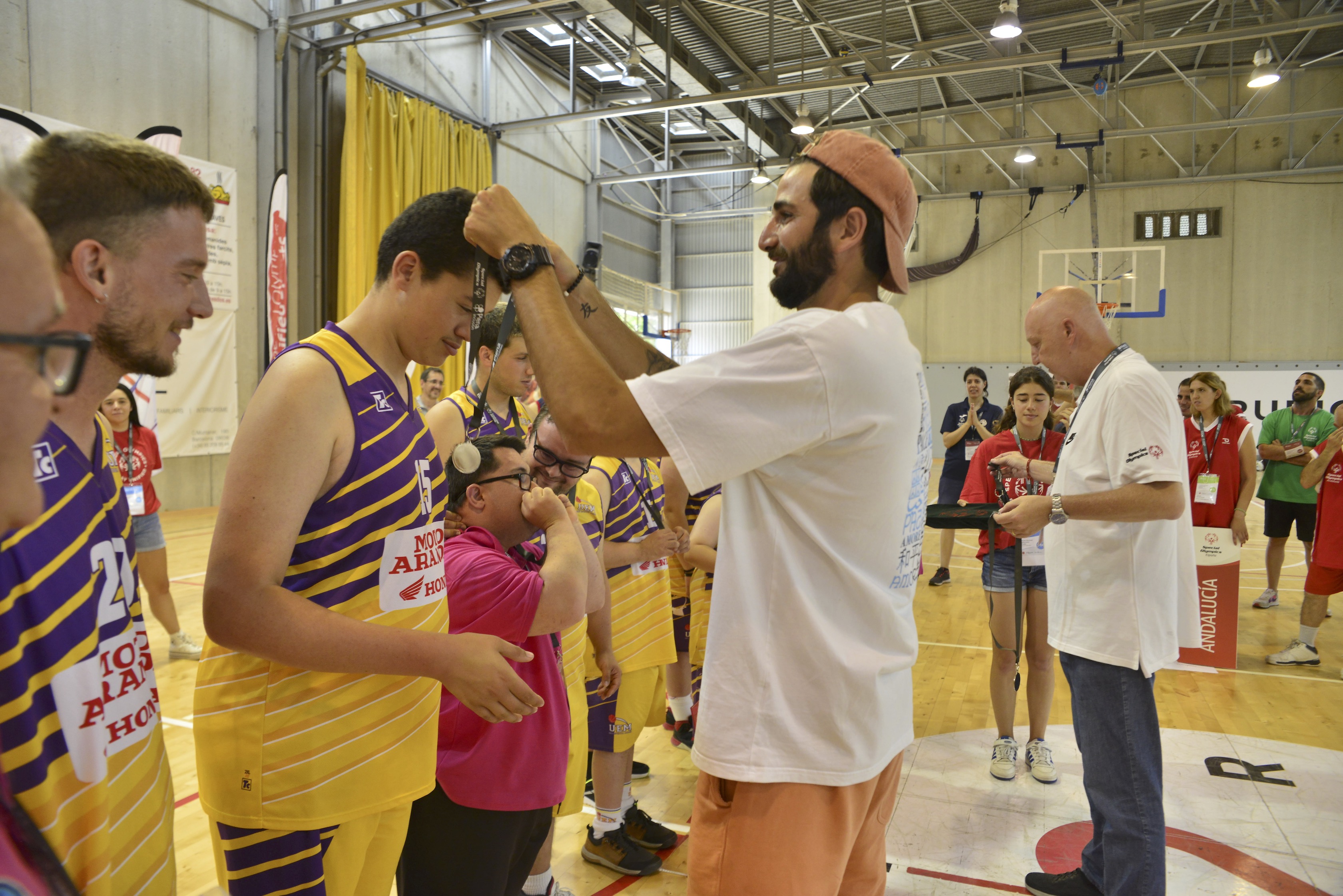 Inclusive sport has once again been the main protagonist of the IV National Unified Basketball Tournament, held this weekend in El Masnou, promoted by Special Olympics Spain and The Ricky Rubio Foundation. The NBA international, Ricky Rubio, has been the ambassador of the last three editions of this championship, two of them played in his birthplace as a sign of his involvement and commitment to one of the main objectives of his Foundation as is the normalization and social integration of people with intellectual disabilities through sport. Since 2018, Ricky Rubio has been a global ambassador for Special Olympics.

This IV edition has been another success of participation and organization as well as a challenge after two years in which it could not be held because of the pandemic and the condition of risk group of its participants. The closing party at the Complex Poliesportiu del Masnou meant, in addition to the reunion with this irreplaceable event for Spanish sport, the confirmation of its continuity and growth in the coming years.

Ricky Rubio presented trophies and medals to all participants after an exciting and hard-fought final between the teams of Catalonia and Andalusia, with victory for the hosts (28-17), as an end to three days of competition, coexistence and celebration of the best basketball values such as effort, companionship and respect.

Having overcome the pandemic, from now on we hope to continue to see each other here, in my house, for many years to come,” said Ricky Rubio. The final has been of a high level. I enjoyed it because basketball is for everyone. I know that you had a great time and that some of you went up in a plane for the first time and were able to see the sea. Just for that alone it was worth it,” he added.

The collaboration of the Ajuntament del Masnou was another reason for gratitude in the speeches that closed the day, including that of Mayor Jaume Oliveras, who also led, on behalf of all its inhabitants, a recognition of the figure of Ricky Rubio far beyond his achievements and professional curriculum highlighting his attitude of service and social sensitivity through The Ricky Rubio Foundation and that special bond with its neighbors. Last week, his Foundation promoted the rehabilitation of the Pau Casals sports area with the participation of children from Masnou who are members of the Community Team program that teaches them values through basketball.

Jaume Oliveras presented him with a gift “because we had pending the tribute for having been world champion, but above all because he always highlights Masnou as his home taking the name of our town around the world”.

The teams of Andalusia, Aragon, Balearic Islands, Castilla Leon, Region of Murcia and Catalonia (Special Olympics Catalunya team and ACELL Federation) paraded as the closing act of an unforgettable weekend that also dismissed and thanked the president of Special Olympics Spain, Enric Blesa, who stressed the figure of Ricky Rubio and his Foundation personalizing that support in its president, Esteve Rubio, father of the international player of Masnou.

Pepo Hinojosa on behalf of El Masnou Basquetbol and Hamza Driouich of Communty Tream del Masnou highlighted the social work of basketball. In addition to Ajuntment del Masnou, ONCE Foundation and Fundació la Caixa collaborated with this event.