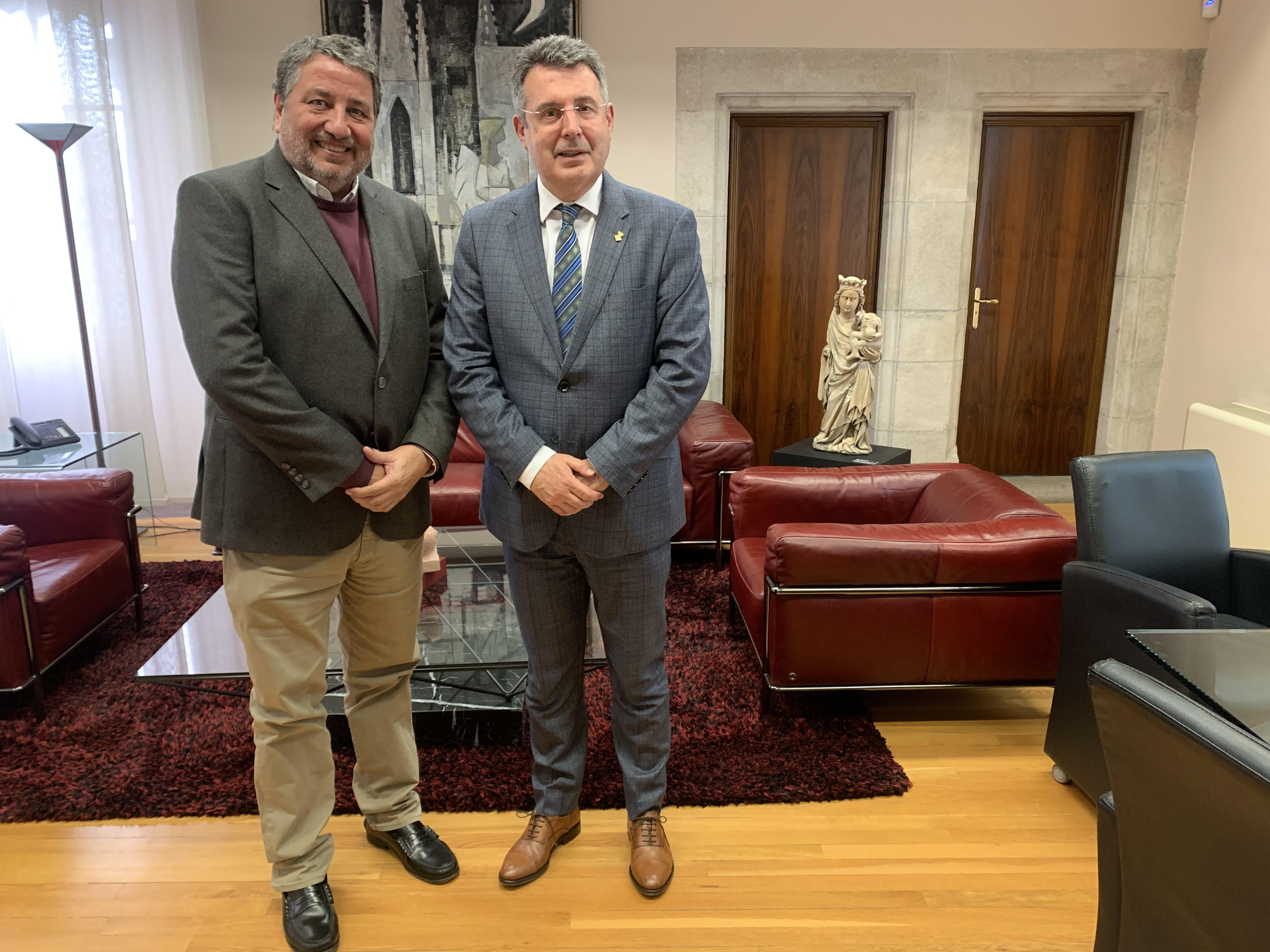 The president of the Diputació de Girona, Miquel Noguer, and the president of The Ricky Rubio Foundation, Esteve Rubio, have held a meeting that has served to further strengthen the ties of collaboration established by both institutions. The Ricky Rubio Foundation has been deploying since 2019 one of its projects, Community Team, in the neighborhood of La Font de la Pólvora, for the benefit of boys and girls who through basketball learn values and perform an extracurricular activity. The Diputació de Girona has also been present and active in the development of a program that has already settled successfully and effectively in a neighborhood where the social integration of children has been worked especially from all agencies and institutions of Girona. Using a methodology of play and entertainment, in which reflections and specific activities are introduced, the children learn social skills aimed at better face the reality of the world around them and make the best decisions, especially with independence and full awareness of their environment.

Miquel Noguer and Esteve Rubio openly agreed to continue this line of collaboration, strengthen it if possible, and open this relationship to the possibility of organizing an event to promote basketball this summer taking advantage of the Ricky Rubio Campus to be held once again in the Collell and the status of Catalan Basketball Capital of the city of Banyoles. The meeting served to initiate preparations for this new activity with the aim of continuing to value the social relevance of sport, basketball in this case, as a tool to contribute to the training and integration of children in Girona.