We launched the #APlenoPulmón campaign 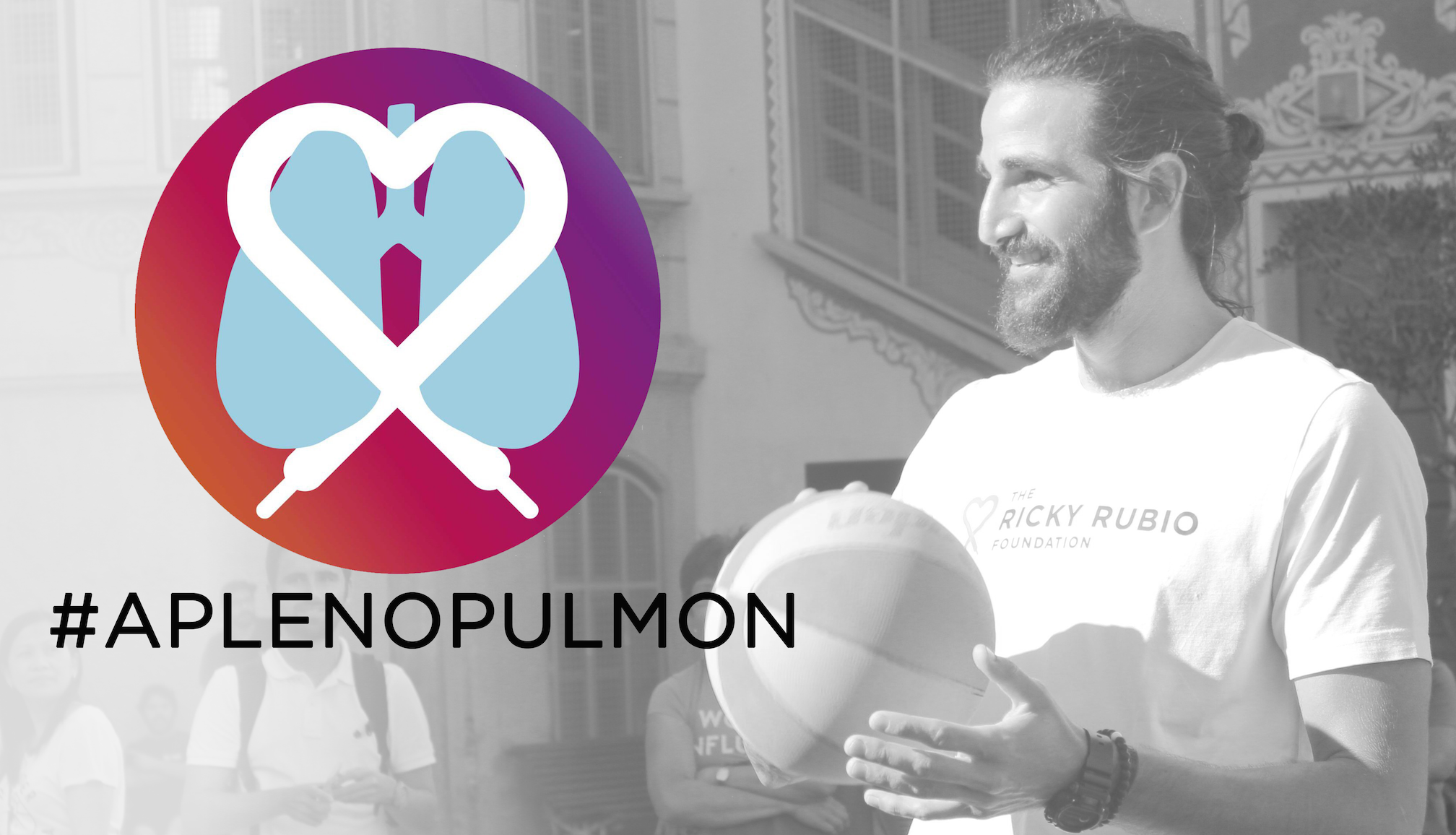 In the line initiated, maintained and reinforced since 2018 by The Ricky Rubio Foundation, the date of November 17 has become, once again, an active and key day for the fight against Lung Cancer. In this edition, the action developed has been aimed at raising awareness, prevention and early detection among citizens towards this disease, one of the most lethal and silent types of cancer.

The #APlenoPulmón campaign, in collaboration with Clínicas Mi and AstraZeneca, and with Clínica Mi Tres Torres as a medical center of reference, consisted of promoting random spirometry tests to customers of different pharmacies in Barcelona and Madrid during the weeks prior to this World Lung Cancer Day. The tests, accompanied by a basic test on the health status and habits of the volunteer, consisted of a spirometry test using a perfectly calibrated device operated by qualified health personnel. The campaign has completely guaranteed the privacy and identity of the participants, all of whom were volunteers. The result is that hundreds of people have learned their lung age, a revealing and interesting fact about their own health, together with a series of medical recommendations to continue taking care of their condition.

The spirometric experience, facilitated by Sibelmed‘s precise equipment, consists of blowing to analyze the quality of the respiratory system, is one of the recommended ways to assess the risk in this clinical field, since research is still underway worldwide to find reliable and effective methods of direct detection in the first stage of the disease. Lung age, when it does not correspond to the real age, is one of the indications or associated and common pathologies in the millions of cases diagnosed annually worldwide.

“Smoking, a sedentary lifestyle or obesity, respiratory system infections, problems derived from pollution or certain disorders can contribute to causing or facilitating the development of this disease. In the same way, physical activity and the normalization of healthy habits improve lung health,” says Dr. Santiago Viteri, head of the UOMI Cancer Center service at Clínica Mi Tres Torres in Barcelona.

For Ricky Rubio, this 17-N has also become a very important date on the calendar. “As every year, my Foundation has wanted to contribute its efforts and collaboration in this colossal fight against such a terrible, silent and lethal disease. Early diagnosis of lung cancer will be the key to winning this battle when science and technology, which are fighting with all their might, make progress. In the meantime, we must do our part. That is why we have launched this campaign, which allows us to know our lung age and to be aware of certain indicators. Thanks to all of you who have helped,” he said from Cleveland.

The objectives of the campaign also include the destigmatization of lung cancer related to smoking, since, although this bad habit statistically influences a high number of diagnoses, there are also cases of non-smoking patients. The ultimate goal is to promote physical activity, self-care and, above all, to help reduce smoking.

With the purpose of finishing off this initiative #APlenoPulmón on November 17, The Ricky Rubio Foundation, AstraZeneca and Clinicas Mi, has promoted a final open session at the facilities of the UOMI Cancer Center of Clinica Mi Tres Torres, where different volunteers and patients have made this same experience of spirometry, medical test, have received their result and the relevant recommendations.

The session was attended by lung cancer specialists from the UOMI Cancer Center, Dr. Santiago Viteri and Dr. Carlos Cabrera. The AECC (Spanish Association Against Cancer) and AEACaP (Spanish Association of Lung Cancer Patients) have given their support to this initiative.

Take this test to find out the age of your lungs and be part of a study that will allow us to know the lung health of Spanish society: