Another great NBA Cares experience at the Ricky Rubio Campus 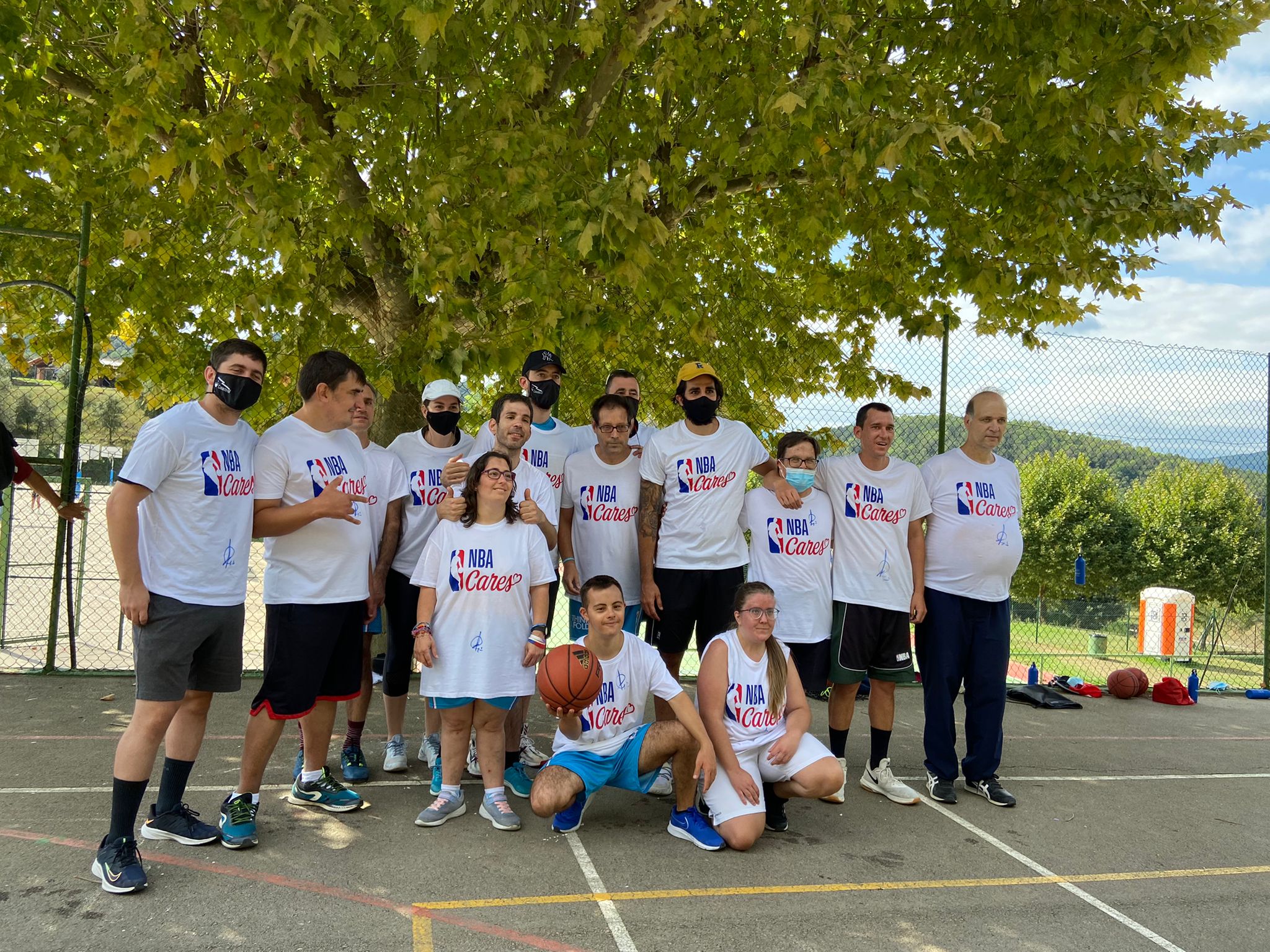 The XIII edition of Campus Ricky Rubio has lived again the NBA Cares experience, an activity in which players with intellectual disabilities have been able to perform a training directed and participated by Ricky Rubio himself in El Collell.

Once again this year, the players have enjoyed the NBA player’s technical skills, but above all his affection and company. Ricky has shared some anecdotes and tricks with the group of players under the tutelage of Junts i Endavant, a social service organization in Banyoles that, among other objectives, promotes and encourages the practice of sports for people with mental disabilities.

As an anecdote, Ricky has recognized a participant of a previous edition, which has quickly ‘signed’ for his team in the match that has organized as part of the activity. All in all, an unforgettable morning for them and for the Campus organizers, who have conveyed their gratitude to NBA Cares, the American league’s worldwide social responsibility program that, throughout its history, has already promoted almost 6 million hours of service in favor of different causes around the world.

For the Ricky Rubio Campus has meant consolidating this aspect of an event where the values of sport have been present since the first edition, as well as the view of NBA Cares, which have never failed.

The president of the Diputació de Girona and mayor of Banyoles, Miquel Noguer, attended the training accompanied by the Sports Councillor, Jordi Congost, as part of the commitment of Banyoles as the capital of sport for people with disabilitie