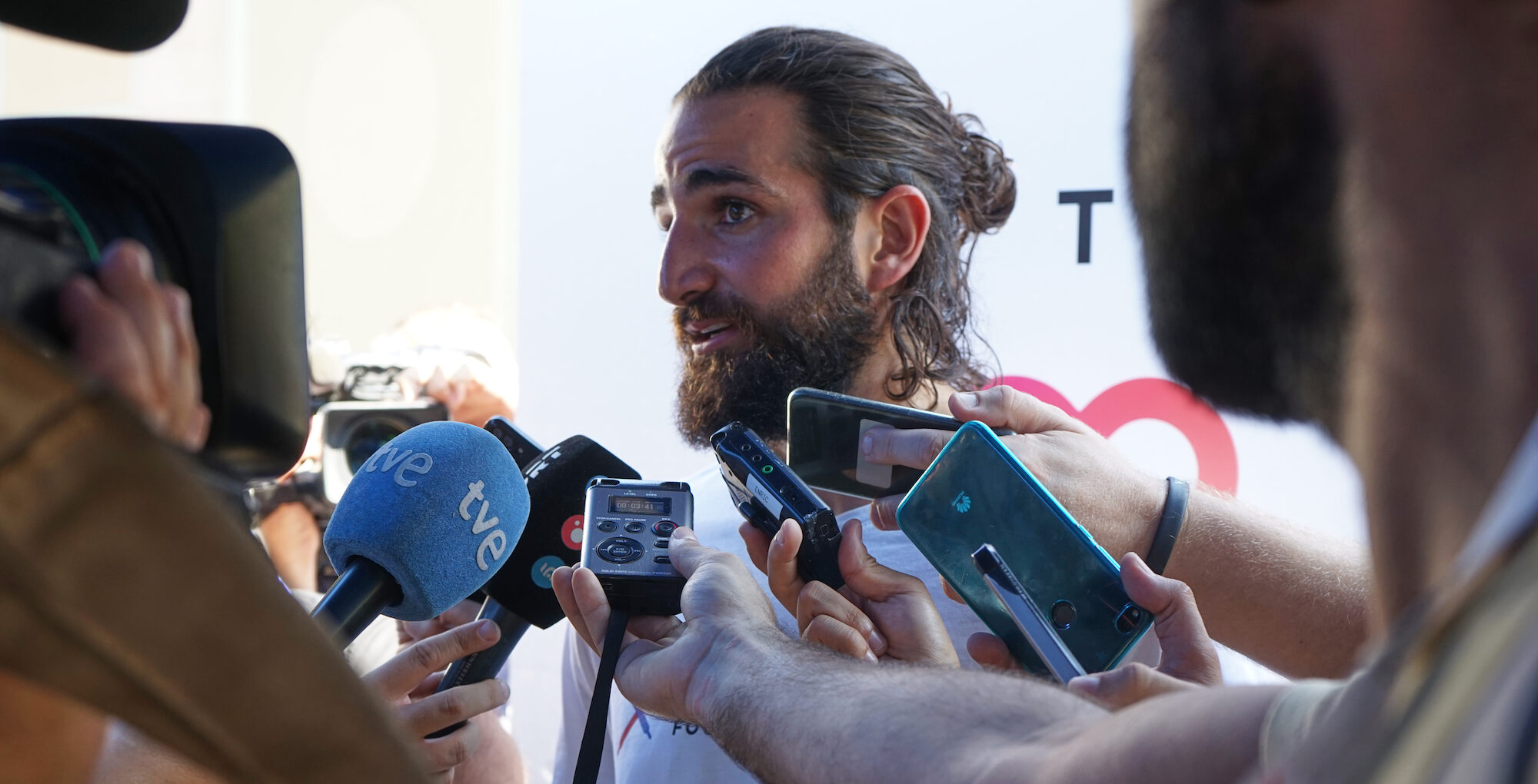 This World Lung Cancer Day has been very special for The Ricky Rubio Foundation which has been able to present its great research project coinciding with the third year of its implementation. The project focuses on the early detection of what is considered one of the most complicated types of cancer to diagnose, Lung Cancer, against which they are working on a predictive method called Liquid Biopsy. This has been explained by Ricky Rubio himself and the medical responsible of the project, Dr. Santiago Viteri in the space La Ventana de la Cadena SER presented by Carles Francino.

For one hour, the SER and The Ricky Rubio Foudation have opened a door to dissemination and donation to make it possible to reduce the enormous number of deaths that reach figures that exceed those caused by the COVID.19 each year. It kills approximately 2.5 million people worldwide each year. The difficulty of its detection is the main obstacle to fight against the high mortality because it does not give ‘signs’ until it has developed metastasis in 90% of the cases.
Ricky Rubio has asked for maximum support for the ongoing research called CIRCLE (CIrcular-RNA Research in Cancer through Liquid biopsy Evaluation) to detect cancer in blood and urine using different types of circular RNA. “From the Foundation we also think about the families of the patients and try to accompany them. But the patient is the main focus and that is why today we are launching the Liquid Biopsy project,” said Ricky.

RNA is one of the molecules that contain the genetic information of the cells. There are several types of RNA, one of which is circular RNA.

Dr. Santiago Viteri leads, together with Dr. Rafael Rosell, a consortium of public and private entities that include the Institut d’Investigació en Ciéncies de la Salut Germans Trias i Pujol (IGTP), Pangaea Oncology-Instituto Oncológico Dr. Rosell and the American biotechnology company Nanostring, which has been searching for several years for a way to make visible the indicators of lung cancer. Doctors Carlos Pedaz and Masaoki Ito complete the medical picture of this research. Dr. Viteri stated in La Ventana that “we are about to publish a study in which we consider how to improve genetic detection in order to find out which type of tumor each patient has and be able to offer treatment. We have much room for improvement in this field thanks to the incorporation of the Liquid Biopsy project“.

Today, the only diagnostic processes are sophisticated lung scans of the population at risk (lung scan), which are impossible to perform on the large group of people at risk, since people who have smoked more than 100 cigarettes are considered to be at risk.

In this regard, Dr. Laureà Molins, president of the Spanish Association of Lung Cancer, also invited to the program, referred to as a trigger for many cases of lung cancer. In addition, he confirmed that “28% of the population continues to smoke and most are young women. It was shown that passive smoking has the same risk as smoking, so we ask for zero tobacco and zero to be close to tobacco.“

Ricky Rubio has thanked the donations that this project is receiving, especially from NOVARTIS and ASTRAZENECA, pharmaceutical companies that have wanted to join the research and the dissemination and awareness of this day so marked in which the fight against lung cancer is focused.