Luca project goes ahead stronger than ever 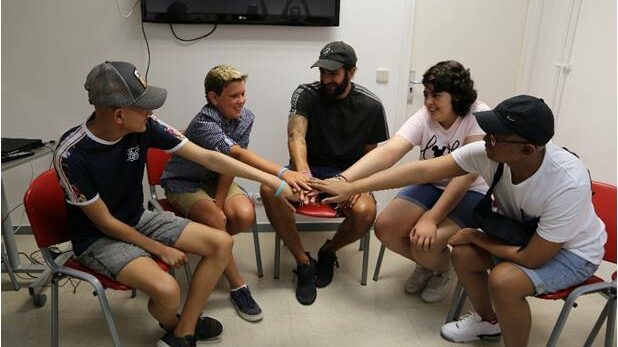 Everything was ready for Project Luca’s second trip with Ona, Eric and Luca and their passports ready to cross the Atlantic and beyond, to Los Angeles on the US West Coast where they were going to enjoy an NBA game at the Staples Center between Clippers and Ricky Rubio’s Phoenix Suns on March 20th. At last minute, however, the extraordinary circumstances caused by the pandemic of COVID-19 forced a postponement until maximum health guarantees were in place. The third newcomer, Kyle, was unable to travel for health reasons at that time, but maybe he will be able to join the team when is possible to be carried out.

At that time, Ricky sent them a video from Phoenix to explain that the cancellation was due to a force majeure such as the declaration of the coronavirus pandemic. In fact, the game was no longer played. When he returned to Barcelona, Ricky wanted to have a direct contact through a video call with the four: Ona, Eric, Kyle and also Luca who was chosen by Ricky as a mentor and companion of the ‘new’ travelers. They were able to have a conversation in which they talk about the circumstances and Ricky Rubio’s promise that the trip will be made at all costs, that it is only postponed and that he will be waiting for them in the USA to fulfill this dream of living an NBA game together. However, it will only be approved and carried out with all the health and medical guarantees. The Luca Project continues and, at the moment, the three new travelers are being selected for the next season.