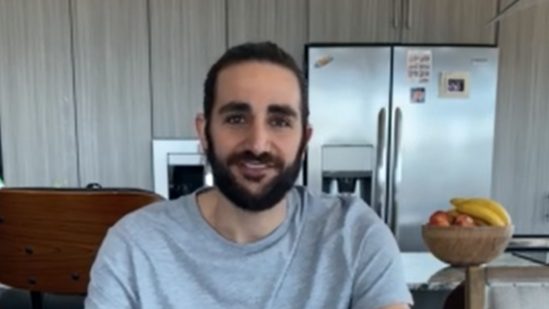 Ricky Rubio is giving his support and collaboration to the campaign of the Health Department of the Generalitat de Catalunya directed at the population to demand compliance with the social measures to slow the spred of the coronavirus pandemic. Through social networks and the communication structure of those responsible for health, Ricky has broadcast a video from his home in Phoenix, in the US, where he is also having a break after the suspension of the NBA. The Suns player has been interested in the enormous logistical and structural difficulties of the Catalan health services in this critical phase of the pandemic and has decided to join the general call to comply with the recommendations of medical professionals.

Ricky Rubio maintains a close collaboration with the Catalan Health Department through diferent programs promoted by The Ricky Rubio Foundation. First, the Luca Project of emotional support for children affected by cancer in the Pediatric Oncology area of ​​Vall d’Hebron, and secondly, the #AGUNTASINFUMAR campaign aimed at young people against the early start of smoking among teenagers. It is for this reason that he has focused his message on asking for the utmost confidence in the work of the health authorities, which basically focuses on containment based on the voluntary confinement of people (#QuedatACasa) and on measures aimed at avoiding healthcare collapse. Through this video, Ricky Rubio wants to extend his message, the request to follow the instructions of the public health authorities, also throughout the State (#yomequedoencasa), especially in those communities and areas where the coronavirus has spread at a higher speed and is causing greater fatalities.