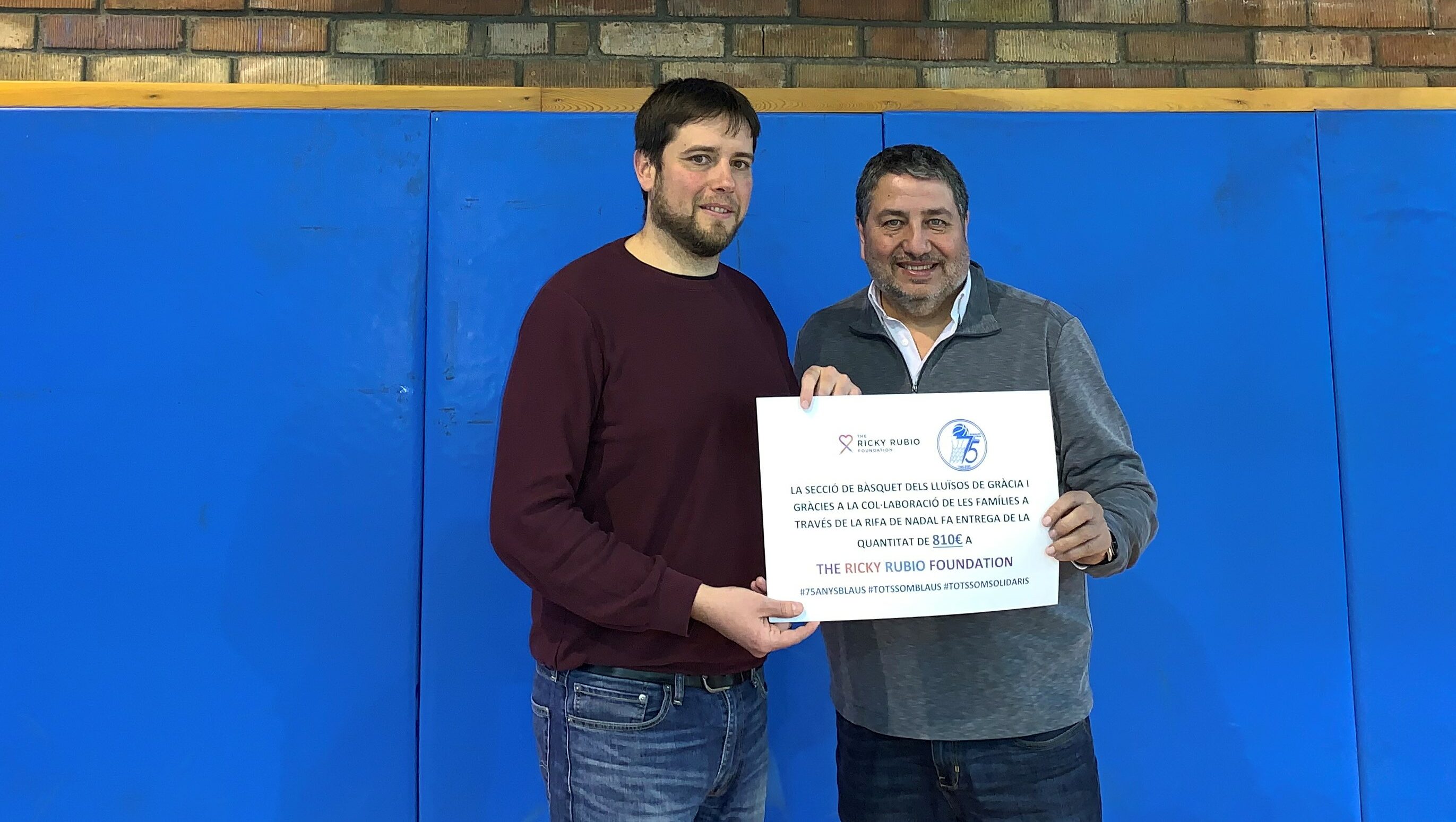 This year, the Lluïsos de Gràcia Basketball Section is celebrating the 75th anniversary of its foundation. They inaugurated this occasion by greeting the present, past, and future of this institution with a very emotional and popular event held last January 24th at the Theatre and Court. The situation turned almost into a family experience because of the historical and rooted club in the neighborhood.

The anniversary also had a socially conscious side, being the Ricky Rubio Foundation the beneficiary because of the traditional ‘Christmas Raffle’.

They devoted part of the fundraising activities of the Lluïsos de Gràcia Basketball Section to support Ricky Rubio’s projects. Ricky, who is now an international NBA player, performed many games during his formative stage in a court as emblematic and historical as the Plaça Nord.

For the Ricky Rubio Foundation, this has been a charming and grateful gesture.

The President of the Foundation, Esteve Rubio, also Ricky Rubio’s father, expressed his enormous gratitude for the 810 euros donation. Both, Esteve Rubio and the President of The Lluïssos de Gràcia Basketball Team, Rafa Nache, posed together under the giant logo of this 75th anniversary for pictures.

A celebration that has led to and an ambitious and exciting project, as the Barcelona City Council has shown itself to be very much in favor of supporting and collaborating in the basketball court extension. A work that can guarantee the future for this club with such deep social roots. Great news for the 23 teams that today make up its sports structure.