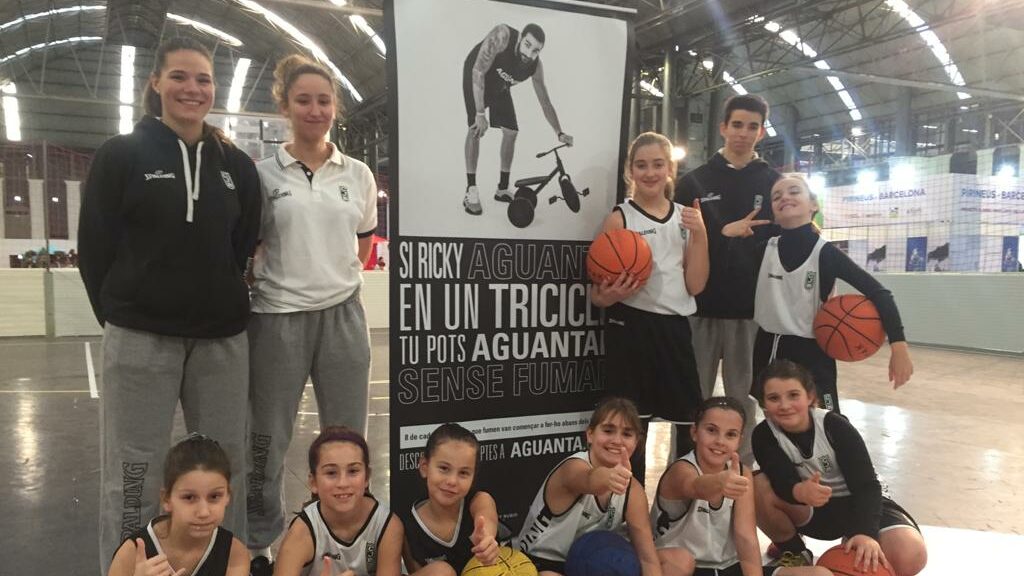 Coinciding with Basketball Day at ‘La Ciutat dels Somnis’ Festival in Barcelona, The Ricky Rubio Foundation joined the party with gifts for the youngest that wanted to take part and get to know one of its projects; the “AGUANTA SIN FUMAR” program – “RESIST the temptation to smoke”.

Ricky Rubio is the star of this campaign, launched in collaboration with the Department of Health of the Generalitat against the upturn in smoking recorded in recent years among the age group at greatest risk of merging this bad habit, between 15 and 20 years.

The indicators and surveys have confirmed that 8 out of 10 adult smokers started during this stage, increasing the damage in the respiratory system.  The campaign, linked to Ricky Rubio and basketball, comprises a series of advertisements in which the international player and World Champion accepts challenges and challenges young people to accept the temptation to smoke, just like him.

So, last January 2nd in the sports hall dedicated to basketball, the participants learned about the terrible consequences of starting smoking and having a great time playing their favorite sport and carrying out challenges proposed by the monitors of THE CITY OF DREAMS at la FIRA DE BARCELONA.

The Ricky Rubio Foundation appreciates the opportunity of handing over one of its projects to the youngest and teenagers whose final aim is the deep fight against lung cancer. A type of cancer that is very difficult and late to diagnose and is already the most lethal in our society.