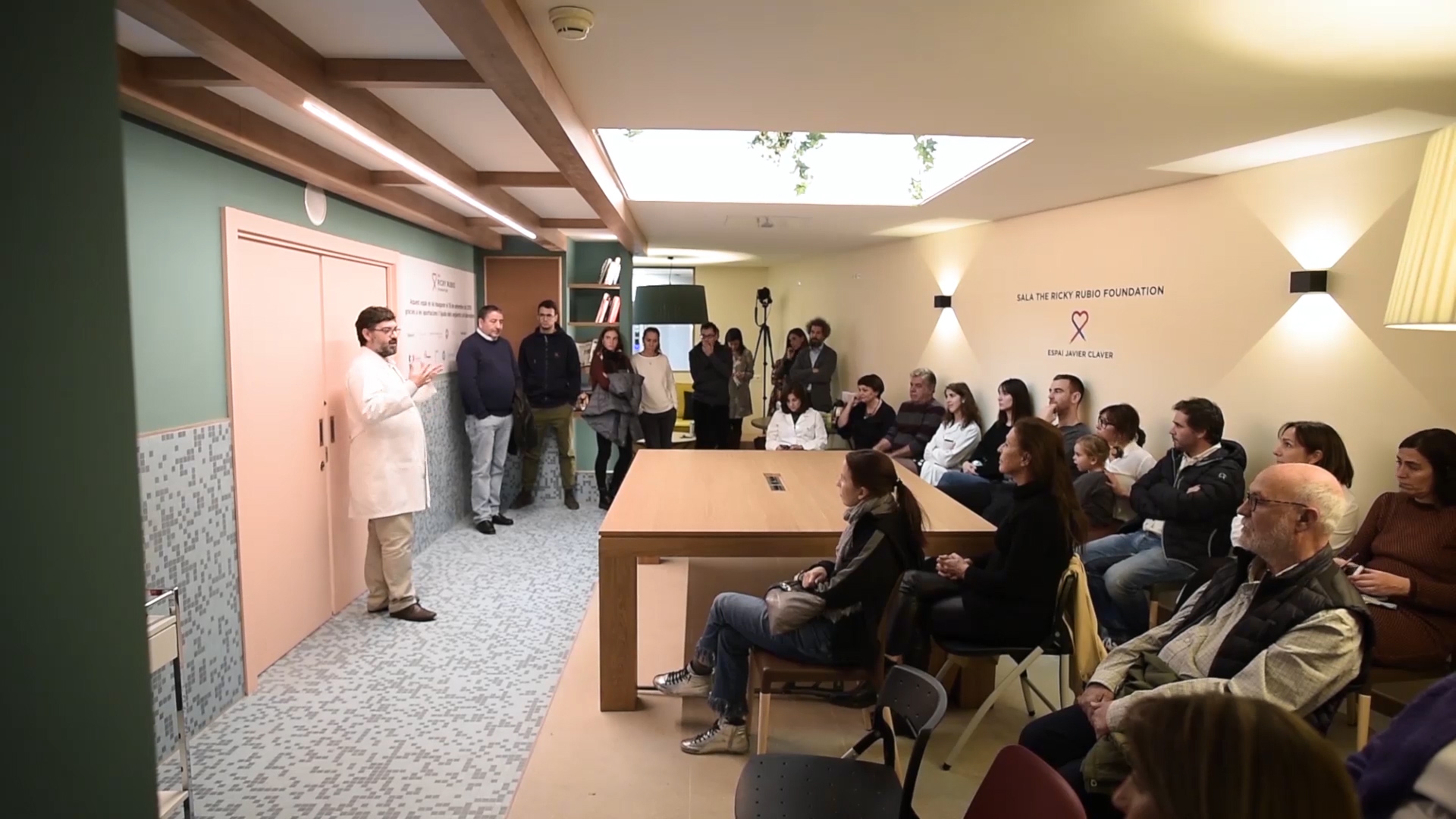 The Ricky Rubio Foundation joins World Lung Cancer Day for the second year in a row. It all began in July 2018, when they started focusing all of their work and resources on this disease and haven’t stopped until now. On this occasion, Ricky Rubio has brought together an extraordinary team of leading international oncologists specializing in the research and treatment of lung cancer.

The four doctors and one patient from the Rosell Cancer Institute, Medical Partner of The Ricky Rubio Foundation, have put on Ricky’s team t-shirt to play under Ricky Rubio’s direction and support. This will be the longest and most difficult game ever faced by the World Basketball Champion and NBA Player for the Phoenix Suns.

His five-team headliners are probably one of the most competitive in the front line fighting against Lung Cancer, his ‘All-Star’:

In the video we can see this outstanding group playing in a basketball court, echoing Ricky Rubio and trying to convey his personal keyword “HOPE” which he often repeats in his Foundation’s messages and objectives.

The video is already available online and broadcasting in all the medical forums of the world. Their effort concentrates on searching different methods of stopping, controlling and curing a stealthy and lethal disease against which they do not intend to surrender.

The video presentation took place in the Ricky Rubio Foundation’s Room at the Dexeus University Hospital. There, doctors and medical staff from the center and the Rosell Cancer Institute met with patients and distinguished guests such as FC Barcelona basketball player Victor Claver and Ricky’s father, Esteve Rubio, President of the Foundation. It was also Ricky Rubio’s will to name the room “Espai Javier Claver” in memory of Victor’s father, a Lung Cancer victim.

The preview, as Dr. Santiago Viteri amusingly described it, was an emotional act and a reflection on the doctors ‘intervention in a different context from the clinical one, but of enormous responsibility and commitment in the battle against Lung Cancer.