Luca, a project in the cinema 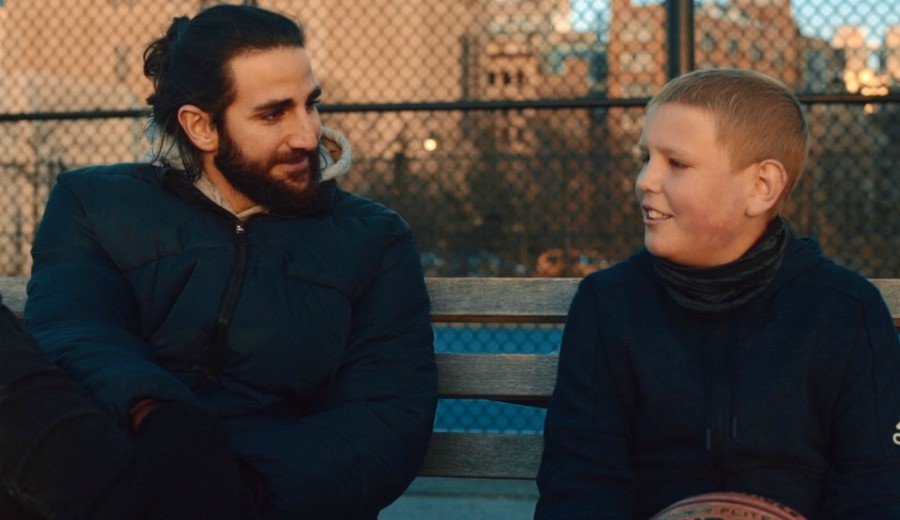 Opening of the movie Luca Project led by The Ricky Rubio Foundation, that will take three children in Vall d’Hebron Hospital to the NBA.

The Ricky Rubio Foundation with support from the Vall d’Hebron Hospital and The Health Department of Generalitat de Catalunya presented the Luca Project that will allow three children with cancer to enjoy the adventure to watch an NBA game with Ricky Rubio, Phoenix Suns NBA player. The three selected children were presented during the event in the Vall d’Hebron hall area and they will travel with their families to watch a Phoenix Suns NBA game during the NBA 2019-2020 season. Luca de la Vega was one of the children, who last March, had the opportunity to watch Knicks vs Utah Ricky Rubio last team. Rubio and Luca become friends two years ago and Rubio wanted to give Luca an opportunity to help overcome his cancer by inviting him to an NBA game.

The experience was really positive and Ricky decided to make a Project from it through his Foundation with the help and support of Vall d’Hebron and the Health Department of la Generalitat de Catalunya. The Project will give the opportunity for three children who are suffering from cancer to watch an NBA game. The Project is called “Luca” to honour the first child that had the opportunity to watch an NBA game. He will also be a mentor for the new children because Ricky Rubio thinks that Luca being 13 years old is mature enough to be responsible to prepare the new children for this amazing experience.

More than one hundred people filled the Vall d’Hebron Hall and were emotionally touched by the movie Stronger Together, a documentary about Luca and his relationship with Ricky Rubio, a story about sensibility and strength that helped Luca to significantly improve his health and for Ricky to express through his Foundation the capacity of helping others. The director of the documentary is Alex Torres, who explained the process of shooting the film was attracted by the strength and values of the story. The producer of the movie is Altoestudio.

“The project will grow taking in all the experience that the protagonist can reveal after their experiences and keep shooting different stories about them. We will see how far we can go” said Ricky Rubio. Rubio also gave Luca the new Phoenix Suns t-shirt. Luca was thrilled to become the new mentor for this project and also he was really thankful to be able to help to Erik, Onda and Kyle, the children who will watch an NBA game next season. Luca’s parents also expressed their willingness to help the Project, the Hospital and also The Ricky Rubio Foundation.

The children who will travel to watch an NBA game were presented by Dr. Alberto Salazar, director at University Hospital Vall d’Hebron who expressed the importance of a project like this between Vall d’Hebron and The Ricky Rubio Foundation. “At Vall d’Hebron we take care of our patients with all their needs. We offer the best medical practise but we also work to give them more quality of life, motivation and strength while the patients and their families are in the hospital” said Dr. Alberto Salazar.