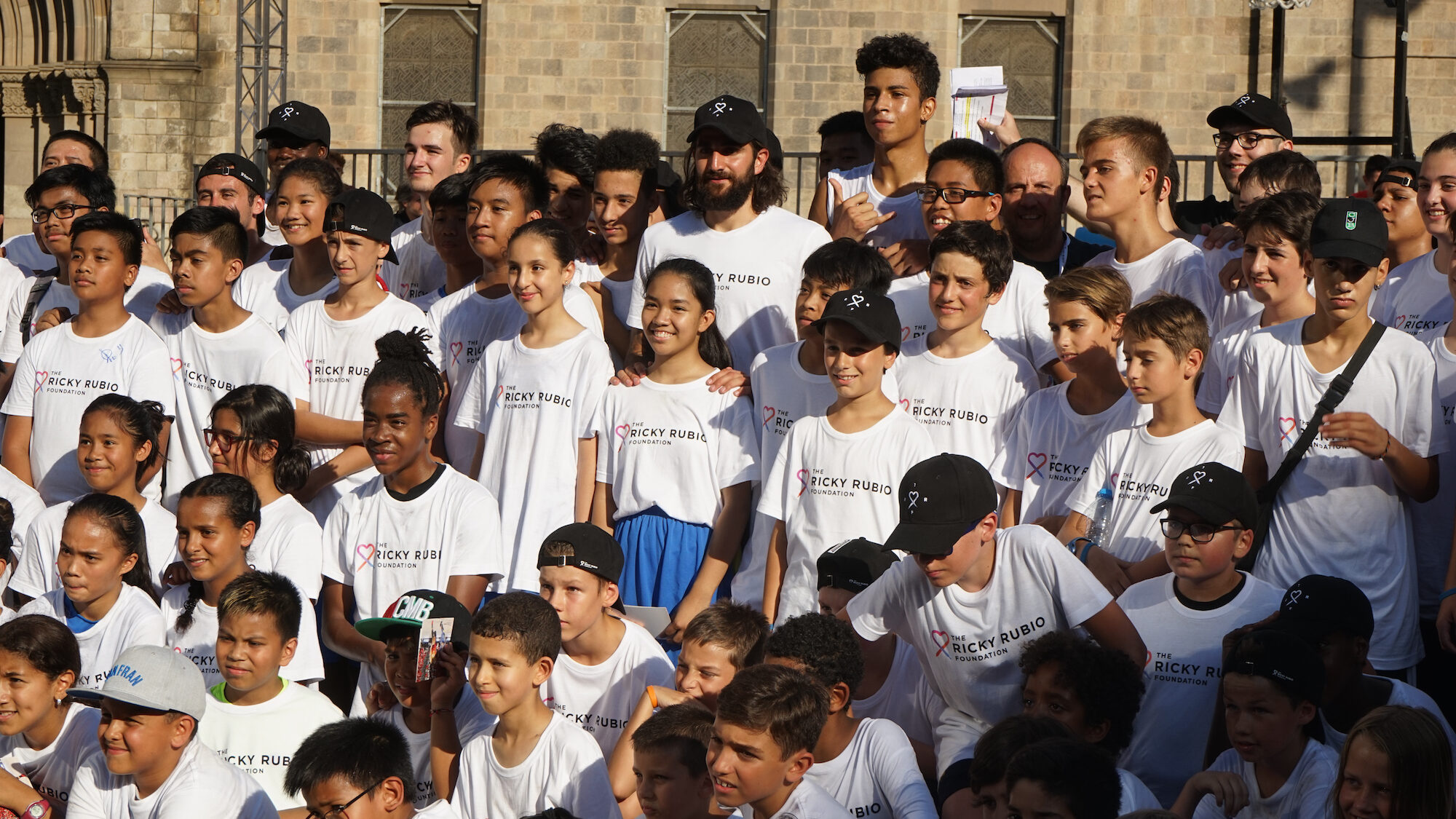 Surrounded by his family, friends, and collaborators, the Utah Jazz star, Ricky Rubio presented his foundation with an emotional speech highlighted by the loss of his mother who died of lung cancer a few years ago.

The Ricky Rubio Foundation is dedicated to spreading information, increasing awareness, and promoting prevention of lung cancer, one of the most silent and lethal.

The foundation also has a social integration program for kids through basketball in Barcelona, Girona (Spain), as well as Salt Lake City, home to the Utah Jazz where Ricky just had an incredible season not only on the court but also of it where he participated lung cancer campaigns.

“I tossed around the idea of creating my own foundation – said Ricky – but I never found the moment to start it until I arrived at an inflection point, a day that changed me. My mother was diagnosed with lung cancer in the summer of 2012. The next four years were a living hell. In one of the last conversations I had with her, I promised her that I would do everything in my power to help others going through situations like hers, situations we unfortunately need to live through. That’s how I got here, creating a foundation to fight against cancer and, above all, help the little ones.”

Ricky Rubio surrounded himself with medical professionals like Dr. Santiago Viteri, the eminent researcher from Dr. Rossell Oncology Institute, a doctor who defined the new frontiers in the fight against lung cancer and who highlighted test clinics as an efficient way to advance healing. Diana Piferrer, a patient from the institute explained that she was able to lead a normal life, becoming a mother through surrogacy, despite the impacts of the disease.

Victor Claver, FC Barcelona basketball player and teammate of Ricky on the Spanish national team, shared his own challenging family experience with cancer and proceeded to explain how much he cares for Ricky.

After a press conference, Ricky participated in an open basketball event in a plaza where hundreds of kids from one of the most underprivileged neighborhoods of Barcelona, El Raval, enjoyed games, raffles, gifts, and alley-oops from Ricky Rubio. Some of these kids will be the first beneficiaries of The Ricky Rubio Foundation, assisting them to play basketball in an afterschool program the coming school year.